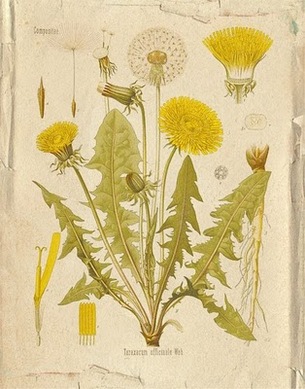 For me, poetry is the highest, deepest form of expression in the English language and so the most difficult form of writing to do well. In the right circumstances, a poem can be read once and never forgotten. A lot of people find poetry difficult but I have come to realise that a poem isn’t something to ‘understood’, as though it were a code to be ‘cracked’, only after which it gives up its meaning, but rather something to be felt. It is much more fruitful to experience a poem than to hanker after its meaning. I revisit The Wasteland all the time but still have no idea what some bits of it mean.

Short poems work best for me. I love the super-condensation of a short lyric or imagist poem. The density pulls you in but there is too little of it to direct you along a particular path towards a definite meaning. It’s clear to most what the meaning of TS Eliot’s “The Journey of the Magi” is, but the ‘meaning’ of William Empson’s “Let It Go” is much less certain. Short, dense poems can expand your mind in every direction and the shorter the poem is, the more expansive it is. For me, that’s what David Burnett was getting at in the above quotation.

Of course, we’re lucky to have such an enormous and varied vocabulary in English. The ancient Britons, the Angles, Saxons, Romans and then the French have all contributed uniquely to make English the mongrel language that it is. Just as Leonard Cohen is described as one-third Lorca, one-third Yeats and one-third Elijah, so English is one-third German, one-third Latin and one-third French. It is this sponge-like quality that gives English its vibrancy and variation. If language doesn’t grow and change, it must die.

‘Experience passes through you and you have to try to digest it in some way, assimilate  it—and then let it pass.’ Helen Chadwick

Not only is the development of a single word in one language a fascinating story, but also how the same word changes across several languages. Our word ‘dandelion’ in English is taken from the French ‘dents-de-lion’, which means ‘lion’s teeth’. The French word for ‘dandelion’, however, is ‘pissenlit’, which translates as ‘wet the bed’, a reference to the plant’s diuretic qualities. In Norwegian, ‘dandelion’ is ‘løvetann’, which also translates as ‘lion’s teeth’, but in Swedish the word is ‘maskros’, which means ‘worm rose’. In Latin, the plant is called ‘Taraxacum Officinale’.

Language is a record of its own change and development, but it is also a record of its invasion and occupation by others. With the Norman invasion of England, the French brought their cultured words for meat, so the animal was a ‘cow’ but the meat became known in English as ‘beef’ after the French ‘bœuf’. Ditto ‘mutton’ from ‘mouton’ and ‘pork’ from ‘porc’. In Norman times, the vast majority of the conquered English couldn’t understand French and so, to ensure the whole population could understand key concepts, phrases were coined that had an English part and a French part, hence expressions such as ‘law and order’ and ‘peace and quiet’.

‘Don’t write about anything you can point at.’ Leontia Flynn

A poem is a watermark of perception. The world around us is visible and tangible but poetry is speaking about what’s invisible and intangible. A poem can be anything, from a recipe, or a shopping list, to an epic. I once wrote a poem that was comprised solely of the chemicals found in Liquorice Allsorts. A few years ago, I wrote this poem after my grandmother died.

‘Du musst dein Leben ändern.’ (what the torso of Apollo said to Rilke in Paris, 1908)

I’ve never been a huge fan of reading poetry in translation. Someone once described reading a poem in translation as like kissing someone through a veil. It doesn’t completely satisfy. Poets have got round this by doing very ‘free’ translations, as Pound did from the Chinese and Don Paterson did with Rilke’s Sonnets to Orpheus. I lived in Italy for a few years in my early twenties and read a lot of Italian prose and poetry but never felt I had mastered the language well enough to pick up on all the nuances. One line that has stayed with me, though: ‘Quando si scrive delle donne, si deve intingere la penna nell'arcobaleno’. Diderot, I think.

German is a fascinating language because individual words have enormous power. I once had a long discussion with a German friend as we tried to translate into English the term ‘Einsatz leitung’, which we had seen written on a car at the scene of a traffic accident. The word ‘Satz’ in German has multiple meanings: clause, principle, setting, rate, leap. ‘Einsatz’ is impossible to translate directly into English but it has the connotation of one of these things becoming important in a moment, something that achieves importance over other things. ‘Leitung’ is another German word that has many meanings and it is impossible to find a direct English equivalent. It can mean cord, circuit, wire, pipeline, duct, mains. The name for ‘tapwater’ in German is ‘leitungswasser’, or ‘piped’ water. Eventually, after talking on and off for days, we arrived at the conclusion that the closest translation of ‘Einsatz leitung’ was ‘Operation Leader’.

I have always found Wallace Stevens’ work fascinating—his poem “Tea at the Palaz of Hoon” is a favourite of mine—and I would say that I have favourite poems rather than poets. When I was living in Italy, I used the British Council library a lot and came across a wonderful short poem there by Lotte Kramer called “White Morning”, which left an indelible impression on me. Yeats’ “The Wild Swans at Coole” made a similarly big impression, as did Geoffrey Hill’s “A Song from Armenia” and Anne Stevenson’s “Utah”. Some of Donald Davie’s early poems I like a lot, including his “Ezra Pound in Pisa”. That leads me on to Pound, whose Imagist Manifesto is still meaningful to me. Wallace Stevens’ “Thirteen Ways of Looking at a Blackbird” is Imagism incarnate and a wonderfully alive poem. Stevens’ poem “The Dwarf” is one of the weirdest and most wonderful poems I’ve ever read. Stevens’ poem “The Snow Man”. Sylvia Plath, Ian Hamilton, Paul Muldoon, Keith Douglas. And, whichever way you turn, there is always TS Eliot.

Wanhope
My favourite word ever might very well be ‘wanhope’, the Old English word for despair.

Vade Mecum
A vade mecum is a guide or handbook, kept close at all times and used for instruction. An early 17th century word from modern Latin, it means, literally, 'go with me'.

This interview was originally posted here. With thanks to Clare Carlin.
Powered by